SUNRIVER, Ore. – Anyone who loves being surrounded by the natural beauty of the forest would probably love to call Sunriver home, but some residents are raising concerns over fire safety in the resort community.

Doug Hoschek is worried about what would happen if a major fire breaks out.

Sunriver has about 1,500 permanent residents, but on a busy summer day, that numbers inflates to about 20,000. Hoschek said he’s worried about evacuation times on a normal basis, but that’s amplified with the influx of summer visitors. He said he’s also worried about the ladder fuels reduction plan, specifically with the amount of bitterbrush growing throughout the community.

Right now, the fuels reduction plan rotates through the community on a six-year basis. So fuels in 1/6 of Sunriver are addressed each year.

“Unfortunately, the stuff grows faster than that, and quite honestly, with 3,400 acres, it’s impossible with their staff to cover it, even in six years,” Hoschek said Tuesday.

Hoschek said he would be glad to remove some of the trees around his property himself, but is not allowed to because of the home owner association’s policy.

“If we and our homes don’t come over the trees and the brush, there’s something wrong here. We live in a community. We’re not in a national forest. We’re in a private homeowners community,” he said.

“The Sunriver Owners Association takes all owner concerns seriously. However, as a practice, the association does not attempt to resolve such concerns through the media.” The letter went to say, “The Sunriver Owners Association is committed not only to wildfire prevention, but forest health as well. As such, the association has invested nearly $3 million over the past decade in the removal of fire fuels within the community.”

Jim Fister, chairman of the Sunriver Service District managing board, said in case of a fire emergency,  there’s a detailed evacuation plan in place, which is constantly updated and reworked.

“The plan is never going to be the same from year to year, because we’re going to get new information, we’re going to have different changes,” Fister said. “The population is going to increase in the area. So we always have to keep that plan updated. The best way to insure the system is perfect is to challenge it constantly, and that’s what we’ll continue to do with our evacuation plans.”

“There are two main roads that lead in and out of Sunriver, that’s Cottonwood Road and South Century, and those are our main exits,” Fister said. ” There’s a separate emergency exit on Meadow Road, it’s a gated access, and then we have two backup exits in the case of a true disaster that would lead over Forest Service roads and back out to main roads.

He said the SROA is trying to work with the Forest Service on a better way to keep the roads maintained.

Officials also will put out temporary evacuation route signs to guide people through the maze of roundabouts, and order evacuations in a systematic way. There are also some traffic studies in the works to gauge how many people could be evacuated during a worst case scenario event. This summer, the SROA will study travel during the Pacific Crest Weekend Sports Festival, which is Sunriver’s biggest event. 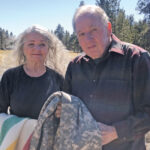 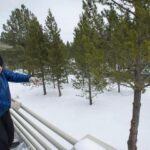 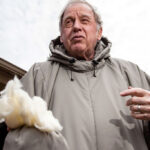 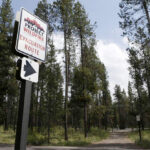